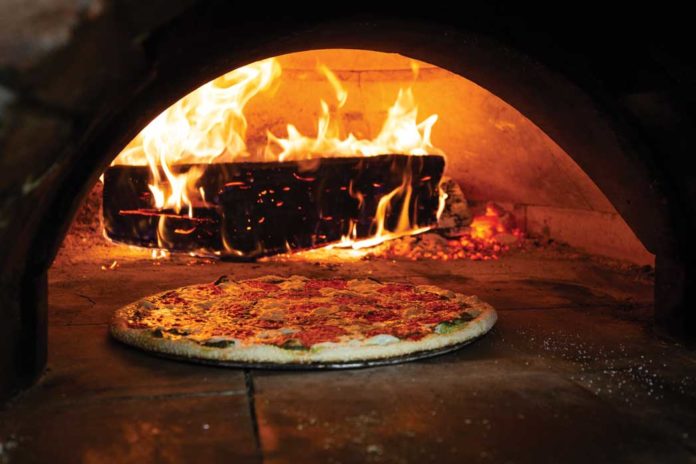 Rudy Nolasco was about 18 years old when he left his home country of Guatemala in 1999 and emigrated to the United States.

“This beautiful country opened its doors to me and gave me so many opportunities. My first job was as dishwasher in an Italian restaurant, that was also the first time that I was working in the restaurant business. I did not speak any English back then.

“After a few years working as a dishwasher, I learned how to make salads and sandwiches and later I learned how to cook and make pizzas. After that I got a few more jobs in pizzerias as a chef and pizza maker and my love for Italian food grew,” Nolasco said.

“I loved to experiment and create new dishes and my biggest dream was to open my own restaurant one day. Seventeen years later I would know that this dream would become a reality,” he said.

“I like to offer great quality and for that we use fresh ingredients and the best products in the market, but the most important is that everything is made at the moment of an order, that is what makes Mateo’s food outstanding. I try my best for every meal that I sell to be remarkable for my customer to enjoy that experience and to return to my restaurant,” he said.

Mateo’s doesn’t have a signature dish, but instead an extensive menu “with a lot of options to offer all tastes,” Nolasco said.

There are a handful of signature pizza pies, such as the upside down square, vodka square, Sicilian, San Marzano square and grandma square.

Alternative pizza crusts can be gluten-free or made of cauliflower.

Seafood includes fra diavolo, shrimp and clams, calamari marinara and mussels in a white wine sauce. There is also a choice of fish and shrimp meals.

Healthy and gluten-free options include a variety of grilled chicken dishes, pasta primavera and pasta puttanesca.

For children, ravioli, meatballs, pasta and penne vodka are on the menu.

Although Nolasco is humble about his contributions to the community, he said Mateo’s has sponsored local schools’ soccer teams, and has done a few fundraisers with churches and other organizations in New Jersey.

“Downtown Freehold has supported my business since I started; the community gave a great response to my food. I love being part of this community because there is always something going on in Freehold, from events to concerts which attracts a lot of people and which is great for the business,” he said.

That community was even more supportive during the COVID-19 lockdown, which was not too far removed from when Mateo’s first opened.

“[At] the beginning it was very hard for me, mainly because I had to close my entire dining area, but later I was able to survive because of takeout and deliveries. I received a lot of support from the community which helped my business grow. A lot of people got to know and tried my food from the pandemic,” he said.

And now, the restaurant will be celebrating its third anniversary.

“It feels like yesterday when I decided to open Mateo’s. Three years have passed with the blink of an eye. I am very grateful for these three years in business. To hear from my customers that I have the best food in town and how much they love Mateo’s is the best reward we can receive,” Nolasco said. “I just want to thank [everyone] for [their] business and support. Mateo’s journey of success will continue for sure for a long time.”

Bringing the joy of theater back to Downtown Freehold

Brock Farms is a family affair

Bringing the joy of theater back to Downtown Freehold