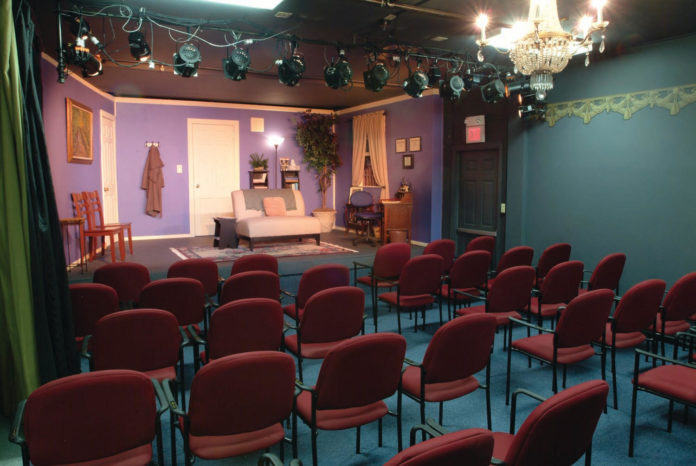 Theater is back in Freehold Borough!

After nearly 18 months of lights out and dealing with the COVID-19 pandemic, Center Players, Freehold’s resident theater company, is back on stage with its fall production of “California Suite” running Oct. 22 through Nov. 7.

This classic 1976 play focuses on four couples who arrive in turn from New York, Philadelphia, London and Chicago and separately inhabit a Beverly Hills hotel suite. Each packs their own problems, anxieties and comical marital dilemmas.

Michael Tota of Jackson, who most recently directed “Lend Me a Tenor” at the Playhouse in 2019, returns to direct the production.

“We chose ‘California Suite’ since it is a light play and something that will make audiences of all ages laugh and enjoy coming back to the theater again,” said Sheldon Fallon, Center Players president.

Sheldon has been president at Center Players for the past six years, assisting the theater with everything from project management and set preparation to building sets and cleaning up after performances … a true jack of all trades.

“I’m happy to say I also have a part in ‘California Suite’ playing the role of one of the hotel patrons,” Sheldon noted.

“We are thrilled to open up our little playhouse after a very long intermission, offering the joy live theater provides,” noted Center Players Artistic Director Bernice Garfield-Szita. “And we are confident that our audiences will warmly embrace this very entertaining play from one of America’s favorite playwrights.”

During the COVID-19 pandemic, Center Players made it a mission to still bring theater to their patrons’ homes through Zoom performances.

“We did one Zoom performance of ‘Meet the Oakleys’ based on the Oakley Farm right here in Freehold,” Sheldon said. “Those who were interested would register and receive a Zoom link to a live play performance right in their living rooms or on their computer screens.”

To ensure the safety of cast, crew and patrons, COVID protocols are in place. All patrons must wear a mask while inside the playhouse, and must show proof of vaccination or a negative COVID test taken within two days of entering the theater. Center Players is also offering a flexible ticket policy, allowing patrons to exchange tickets in the event of illness.

“Theater people are very committed and determined,” Bernice said. “We are hoping for a great turnout after being dark for a year and a half and hoping a play with laughter will bring positivity back to the community.”

Center Players, currently celebrating its 20th season at Center Playhouse at 35 South St., Freehold Borough, is a respected, award-winning organization having been nominated and the recipient of many awards from the New Jersey Association of Community Theater for acting, direction and set design. The group presents high quality, engaging productions featuring local talent in Downtown Freehold.

Productions range in variety from musicals and mystery theater to educational shows for children. There are typically four to five full productions annually with a few one-night only performances scattered about.

“We’re happy to be where we’re at today since our inception in 1996,” Bernice said. “Before we got our spot on South Main Street in 2001, we were like birds without a nest and would use any open space available. We then rented out a storefront and this has been our home ever since.”

When Center Players opened in 2001, the theater was just about to put on its first show when the terrorist attacks of Sept. 11, 2001, happened. The Fall 2001 debut performance was delayed.

“We were just about to open our doors to our first patrons when the attacks on the Twin Towers occurred,” Bernice said. “The theater had a meeting on what to do next and decided to move forward with a comical play to try and bring laughter as a form of medicine to people who were grieving and needed an escape.”

Center Players is a 49-seat theater with a stage that is 14 feet deep by 19 feet wide.

“It might be small but it became our home,” Bernice said. “We most certainly are ‘The Little Theater That Could,’ ”

As Center Players looks into the future beyond their fall production of ‘California Suite,’ Sheldon said the theater is hopeful this will start the trend of bringing theater back.

“We do have a plan for the next 12 months,” Sheldon said. “This involves some holiday and Christmas shows and perhaps a show around Valentine’s Day.”

In addition to their signature plays, the theater also sponsors free play readings and other special events and offers dinner and theater packages with several local restaurants.

“I’ve had patrons say they have seen a production we have done on a Broadway stage but ours was way better in its innovation and creativity,” Bernice said. “It doesn’t get much better than that!”

Brock Farms is a family affair